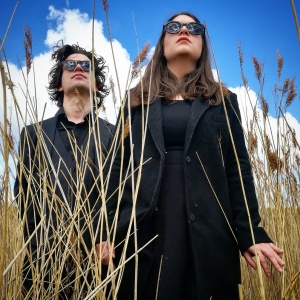 “Olwen and Ollie are great artists – full of ideas, great performers, and curious and exploratory in their making – fearless in trying out new things and prepared to thoroughly interrogate their material.”
Alex Kelly, Third Angel

“LaPelle’s Factory are an exciting company. They are intelligent theatre makers who imbue their work with humour. Audiences enjoy their ability to play dark moments alongside laugh out loud moments and to move them into thinking about the subject matter in unexpected but accessible ways. Ollie and Olwen are engaging performers and I think the work is great – a company to watch.”
Sarah Brigham, Artistic Director, Derby Theatre

“LaPelle’s Factory are a refreshing duo making playful work that delves deep into the human condition. Ollie and Olwen’s impressive individual experience as performers and theatre makers can be clearly seen not only in their performance but the way they approach making their work.”
Ruby Glaskin, Milk Presents

“LaPelle’s Factory are rapidly becoming one of the most exciting and innovative young companies in the region so we are delighted to have them as our company in residence.”
Michaela Butter, Artistic Director, Attenborough Arts Centre

After working as solo artists for a number of years, the first piece Ollie and Olwen made together was the purgatorial cabaret-gone-wrong Cat in Hell (2013).

Olwen holds an MA in Drama (2012) from De Montfort University.