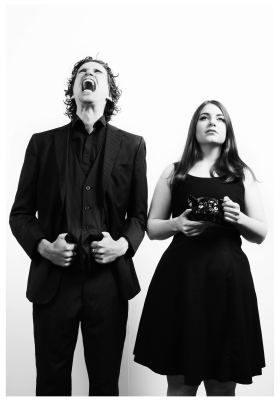 Who has not, a hundred times, found himself committing a vile or a silly action, for no other reason than because he knows he should not?

This show is a renegade retelling of Edgar Allan Poe’s twisted tale.

Two performers dismember the process of adaptation by reimagining a macabre classic with the cheekiest of glints in their eyes.

An enigmatic writer has adapted Poe’s original story and handed scripts over to two performers who are now taking merciless liberties with the words – like a madman taking out a furious rage on a helpless pet.

Balanced between the hilarious and the horrific, this show revels in the darkness that hides just under the surface.

Gravely good fun, but be warned: it gets catty.

“Clever yet playful, savage yet amiable, this ingenious new play reflects the dualistic qualities of the feline it depicts” Exeunt

“This is a very playful piece, crisply performed, which calls to mind a cat toying with a ball of string with just the merest hint of menace in the eyes” Edinburgh Guide 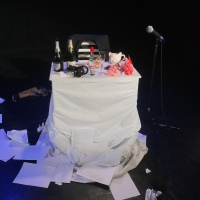 “You don’t have to read Poe’s original tale before seeing this clever, sideways adaptation but it will increase your appreciation for the ingenuity shown by its devisers and performers, Olwen Davies and Ollie Smith” The Scotsman

“This is definitely one to watch, with some wonderful critical ideas”  The 730 Review

Included in the Guardian’s
Edinburgh festival 2017: what to see and where to go 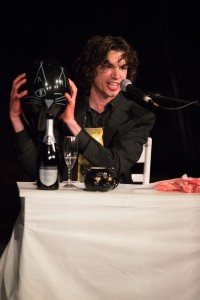 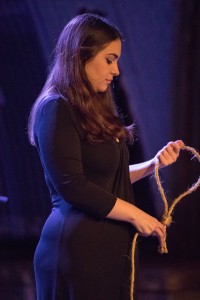